On June 5th 2021, the United Nations commemorates World Environment Day (WED) highlighting the urgent need for greater global awareness and action to protect our environment. This day was established in 1972 by the United Nations on the first day of the Conference on the Human Environment in Stockholm, with the first WED in 1974 held with the theme ‘Only One Earth’. Since then, science has shown the insight in that thematic selection, as our knowledge over the five past decades has shown us ever more clearly the interconnectivity and interdependence of the human, animal and environmental spheres. This extends to health, often framed as the ‘One Health’ Approach.

Why do we need a ‘One Health’ Approach?

In the past few decades, health professionals have become increasingly aware of the impact of our society on natural environmental process that threaten to upend the human ecosystem. To address this worrying concern, there has been a growing drive to frame the concept of health as a function not only of ‘healthy bodies’ but also as conditional on the health of the ecosystem(s) which humans find themselves in. The need for such framing has only increased in urgency over time, especially in recent years with the onset of climate change and growing awareness on the plethora of environmental problems facing the world today.

What is a ‘One Health approach’

As described by the CDC, “One Health is a collaborative, multisectoral, and transdisciplinary approach — working at the local, regional, national, and global levels — with the goal of achieving optimal health outcomes recognizing the interconnection between people, animals, plants, and their shared environment.”

To summarise this approach, ‘One Health’ recognises that one cannot divorce the natural world from the man-made world. Should the natural world not function properly, one can expect negative impacts on the human ecosystem. This includes various aspects, such as food safety, the ethics (or lack of ethics, rather) of industrial farming, controlling zoonosis, the decline of natural ecosystems that can lead to cascade events that spiral out of control, antibiotic resistance – in other words,” the health of people is closely connected to the health of animals and our shared environment”.

Efforts that solely seek to address one sector often fail. For example, given the current context, striving to ensure the destruction of forest habitat would probably be a more effective means of preventing new pandemics (through reduction of zoonotic transmission risk) than merely waiting for pandemics to happen and provide vaccines. Similarly, ensuring a healthy, active lifestyle and a nutritious diet for societies worldwide, through better food, access to safe air and water and urban green areas would be of greater benefit than merely providing medication to address noncommunicable diseases. 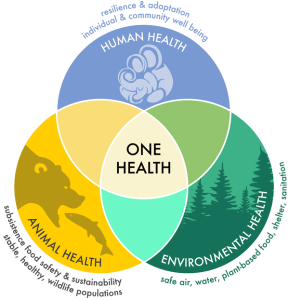 Figure 1:  ‘One Health’ – UAF Center for One Health Research

This concept also transcends borders and requires a truly international response.  Borders, being mostly man-made lines agreed upon by human societies, mean nothing to the natural world and are a hindrance to it. This requires strong collaborations between various nation states. States should recognise they share ecosystems which, while divided on a map, require collaborative effort to ensure the health of ecosystems and biomes. We can see such a collaborative effort in East Africa, where the Serengeti National Park in Tanzania continues into the Masai Mara in Kenya, allowing migration of wildebeest and other fauna that transcends national boundaries. Similarly, various nations around the world collaborate to ensure migrations of birds go mostly undisturbed. However, much more needs to be done, especially as we find ourselves at the cusp of the sixth mass extinction event in Earth’s history, brought on through anthropogenic pressures.

Taken together and in a multisectoral transdisciplinary manner, a ‘One Health’ common approach adopted by policymakers, health professionals, scientists, engineers, architects and other professions could improve health and wellbeing for society at large, while mitigating significant health risks that emerge from poor environmental health. Through a collaborative spirit and good communication, various personnel from different areas of expertise could do much to address issues at the human-animal-environment interface which our society so sorely lacks.

WHO, 2017: One Health. Available at: https://www.who.int/news-room/q-a-detail/one-health

Blockchain in Education: Processes for Implementation
Scroll to top