The ninth Pan-Commonwealth Forum (PCF9) in Edinburgh, Scotland was held between 9 and 12 September 2019 and was attended by over 400 delegates from over 50 countries. PCF9 was organised by the Commonwealth of Learning in collaboration with OU UK upholding the conference theme ‘’Innovations for Quality Education and Lifelong Learning’. The conference held at  BT Murrayfield Stadium welcomed trailblazing educators and leaders presenting their innovative ideas centred around four main themes: Employability, Equity & Inclusion, Technology and Open Education, with a special focus on educating and empowering women and youth. The conference included keynotes from David Puttnam, Marc Prensky and Sarah Brown.

Dr. Alex Grech , Executive Director of the Commonwealth Centre for Connected Learning  was an invited speaker at a workshop co-hosted with Professor John Domingue of the OU UK and Professor Prabhakar TV of IIT, India. The session explored the affordances offered by blockchain technology in transforming the education sector, focusing on praxis. While blockchain technology is most commonly associated with cyrptocurrencies, it has significant potential in creating decentralised and self sovereign technological architecture. Professor Domingue pointed out the World Economic Forum’s (WEF) report which predicts the year 2023 as the tipping point for governmental adoption for blockchain technology [1].

Dr. Grech’s presentation focused on how smaller countries have been deploying blockchain based pilot projects to re-engineer education certification processes. After the success of Malta Nation state pilot with blockchain-based educational credentials in 2017-2018, the country is taking the next steps to achieve full scale implementation. Similar successes have been echoed in other small nations with blockchain based pilots. Counties such as Malta, the Bahamas, Estonia and others are ideal for innovative blockchain experiments due to an array of reasons. Smaller size equates to faster implementation, access to decision-makers and key stakeholders and less-complicated bureaucratic structures.

The potential of blockchain technology in issuing and managing credentials is immense. However issues remain with scalability, regulatory compliance and mass adoption by users, to name a few. Nevertheless, the number of live pilot projects and continuing investment in blockchain and SSI infrastructure at nation state level indicates that these pilots are being closely monitored by decision-makers before becoming mainstream applications. This is certainly the case in Malta, where in the space of two years, the majority of education institutions are already issuing Blockcerts-enabled certificates. In 2020,the Commonwealth Centre for Connected Learning and Open University UK along with Fraunhofer Institute and Martel GmbH will begin collaborating on a new Horzion H2020 project aimed to facilitate access to resources, technologies and solutions that can increase the development and adoption of digital technologies for personalised and inclusive learning for all. The project will be concentrating on new and emerging technologies such as blockchain to create inclusive digital learning opportunities for all.

Check out the highlights from PCF9* below.

Sponsors: The Association of Commonwealth Universities, the Commonwealth Foundation, the Ministry of Foreign Affairs and Trade, New Zealand, the Department of Foreign Affairs and Trade, Australia, Open Polytechnic, the National Open University of Nigeria, the William and Flora Hewlett Foundation, the University of London, and the National Institute of Open Schooling. 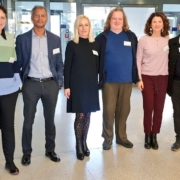 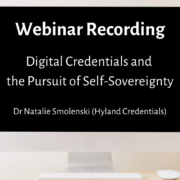 Self-Sovereignty and Digital Credentials on the Blockchain 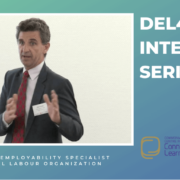 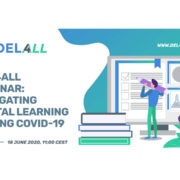 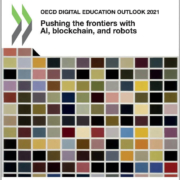 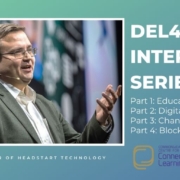 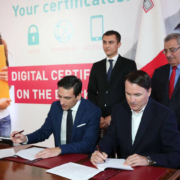 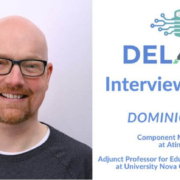 Improving the education system by bringing together innovation and the mainstream