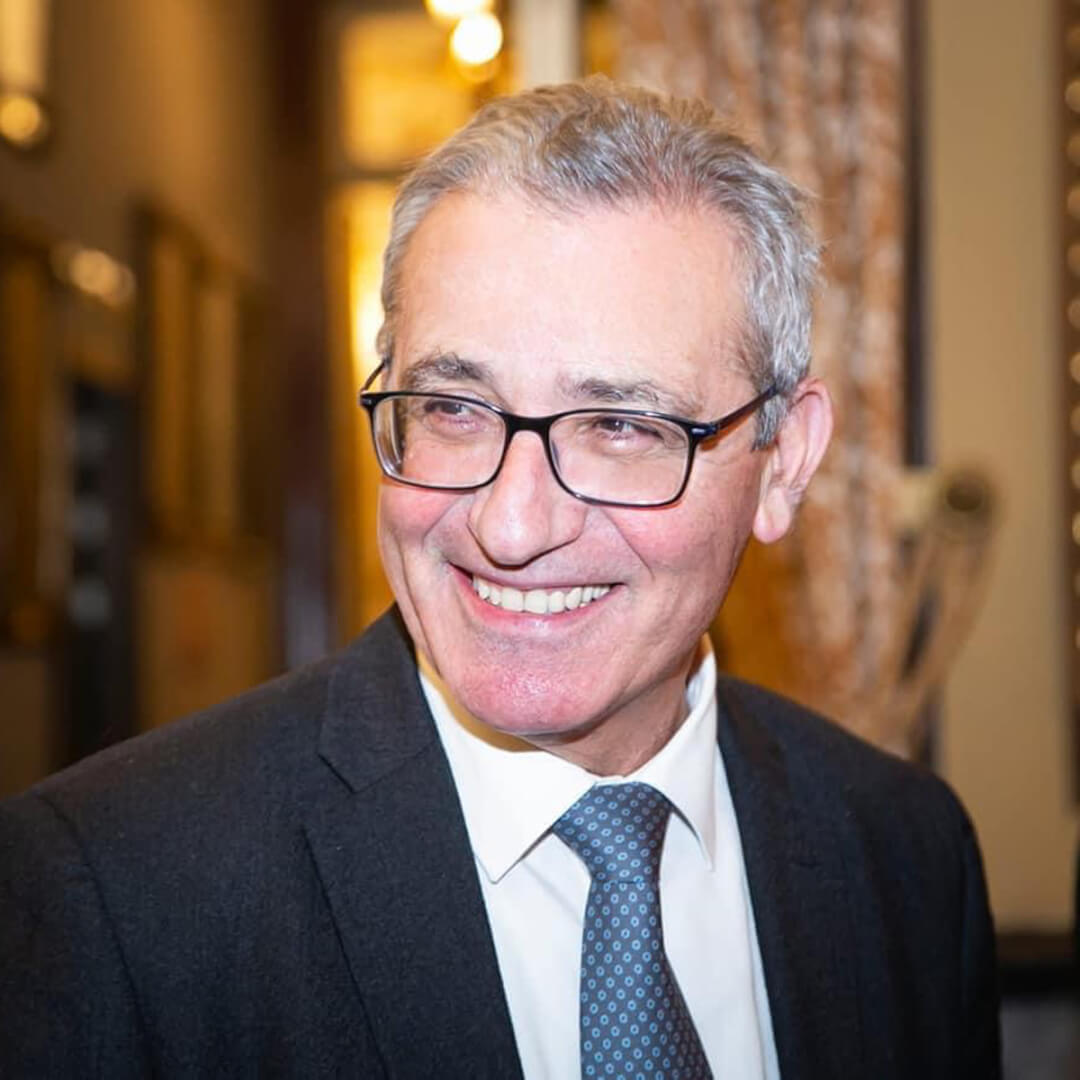 As Minister for Foreign Affairs he focused on building Malta’s reputation in bi-lateral relations, EU-Africa ties, and links with Gulf States, as well as diplomatic studies, migration and the Libyan peace process. He also served as Shadow Minister for tourism.

Bartolo was born in 1952 in Mellieha, a conservative, rural town in the north of Malta. He served as a member of the Maltese Parliament between 1992 and 2022. In 1975 Bartolo graduated from the University of Malta with a B.A.(Hons) degree in English Literature. In 1984 he was awarded a scholarship for a diploma course in journalism at Stanford University. He then read for a Master’s in Education at the University of Cardiff which he completed in 1986.

He spent three years teaching at De La Salle College, another four years at the national broadcasting station and then a further ten years as the editor and head of news of the Labour Party media. He lectured in Communication Studies at the University of Malta.

As Bartolo himself points out, he had a very Catholic upbringing, and was active in a number of youth movements closely aligned to the Catholic Church. In a country where political polarization is very strong and most individuals will identify with the party that they have been brought up with, Bartolo describes himself as someone who chose a party upon the basis of an explicit attempt to understand which one best stood for the principles that he believed in. Bartolo states that the road that convinced him that his place was within the Labour Party was a long tortuous one during which he explored Karl Marx, Mohandas Gandhi, Vladimir Lenin, Martin Luther King and spent a year in Sicily working with anti-Mafia activist Danilo Dolci.

The Geopolitics of Deception

Misinformation and disinformation have been going on from the beginning. Even the first biblical story of the forbidden fruit in the Garden of Eden is about the snake misinforming/disinforming Even that if she eats the fruit from the Tree of Knowledge she and Adam would become like gods.

Machiavelli puts it bluntly: “One who deceives will always find those who allow themselves to be deceived.”

As receivers of misinformation/disinformation we are accomplices/partners of purveyors of fake news.

Is there something deeper at work today to make us more prone to misinformation/disinformation? Nostalgia for a lost comfort zone, for paradise lost when life was better and we all lived happily ever after?

Have we all become existential nomads, disoriented, lost our familiar bearings and the way forward is to move into a growth zone, resilient, able to find our way in a dark, difficult and strange world?